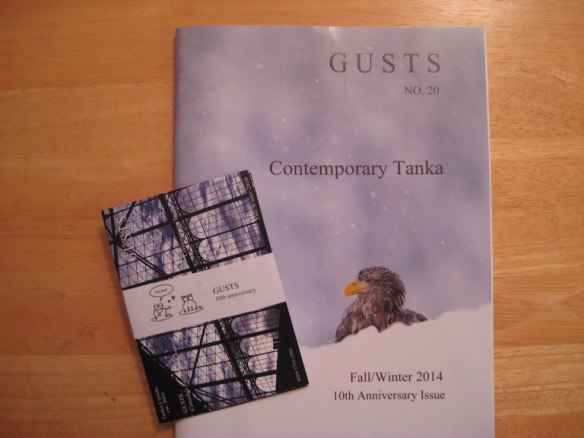 To commemorate the 10th anniversary of the contemporary tanka journal GUSTS, editor Kozue Uzawa produced a series of five postcards featuring her favorite covers and asked me to design a wrapper for the postcards. 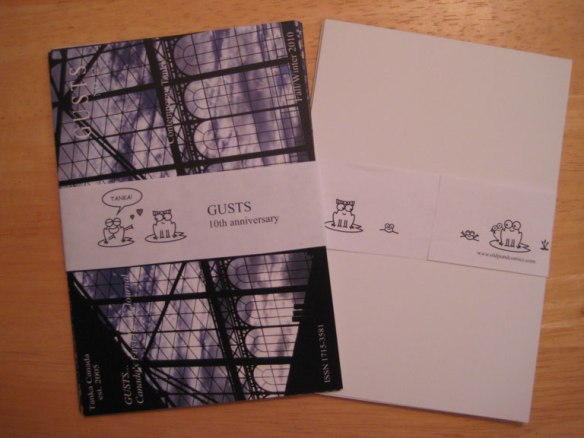 The front design shows a frog serenading another frog by reciting a  tanka.

The back of the postcard wrapper shows a glimpse into the future (parents and kids are playing in the pond).

My goal was to feature some of the recurring in the tanka journal (love, relationships, family, children, aging, death), which was challenging to do in only two panels. 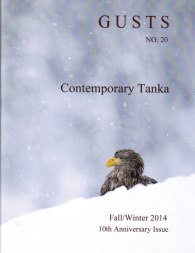 The postcards were recently delivered with GUSTS No. 20 Fall/Winter 2014 (10th anniversary issue). Enjoy! 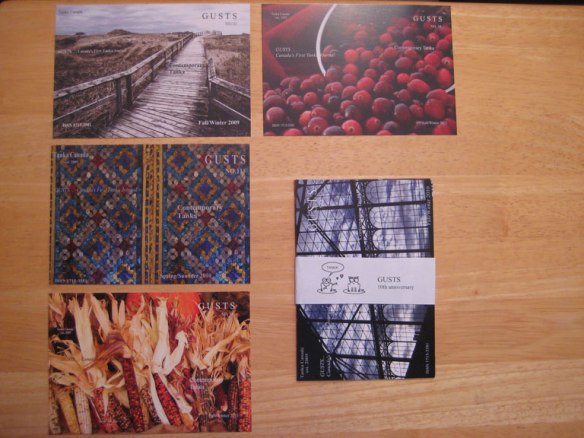